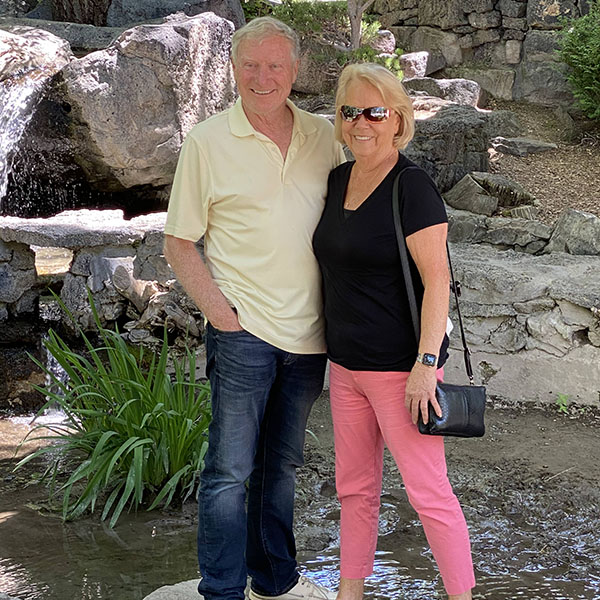 Jim Brown is the Pastor at the Lake Church in Lake San Marcos. He and his wife Debbie have been leading the church, in this large and mostly retired community, since 2012. (By the way, Mark Williams has preached there!) Additionally, Jim serves as an adjunct graduate professor of Educational Technology at Azusa Pacific University (one of his alma maters).

Jim's professional career spans over three areas: K-12, Higher Ed, and Ministry. Early on, he was a high school teacher and then a principal. He then became a professor of graduate education courses for National University. Later, he returned to K-12 as Superintendent of Tri-City Christian School. From there, he became Department Chair and Faculty at the University of California San Diego.

Even during those times, Jim also served north San Diego County churches in music, leading worship teams and choirs. (He and Debbie met while singing in college and still sing solos, duets, and ensembles at The Lake Church).

Jim's formal education includes an AA degree (where he met Debbie), BA, MA, MS, D.Min., Ph.D., and a post-doctoral fellowship in higher ed. He has taught students from junior high up through doctoral level grad courses.

Jim became a follower of Jesus at age ten and felt the ministry's call during his BA degree program at Long Beach State.

It was at a business retreat in his early 30s when Jim wrote out his life purpose: "To touch many, many people's lives and help them know and understand, that God loves them and is willing and able to make a positive impact on every area of their lives."

Today, Jim and Debbie live in Lake San Marcos, California, have three happily married daughters, six grandchildren, two golden retriever puppies, and are working hard but together for the Lord. They are enjoying life just as Jesus promised, "more abundantly!"