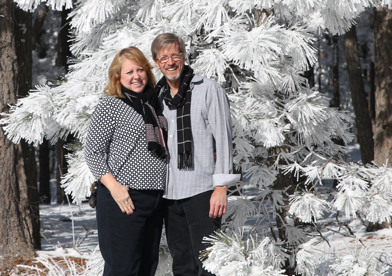 Steve was born in San Diego and lived in Southern California until 2012 when the entire Foster clan moved to Colorado Springs, CO. As a young baby, Steve was adopted into the Foster family; 19 years later he joined the family of God. As of 2017, Steve and Iva have been married for nearly 27 years and have 4 wonderful kids---Megan (20) in college, Haley (17) a high school senior, Samantha (15) a high school sophomore, and Nathan (14) a freshman in high school.

After recommitting his life to Christ in college, Steve dropped out to reconcile his life and future with Christ. He joined a small sales and distribution company to work in the warehouse, eventually becoming a partial owner. Nearly 18 successful years later, Steve left to enter into ministry as the Executive Pastor of New Song Community Church where he also produced the feature length film, TO SAVE A LIFE. God tapped his shoulder again and moved Steve to join Outreach in 2012; subsequently becoming the Chief Operating Officer.

When he's not hanging out with Iva, kids or working, Steve enjoys cycling and helping organizations which support widows, orphans, evangelism and discipleship.