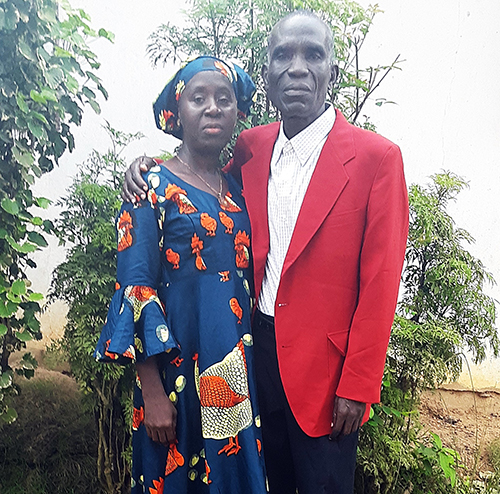 After the completion of his studies in 1986, David went to Apostolic Church in Bong Mines, Lower Bong County, Liberia. He served as a member there from 1986 to 1996. During this period he and his colleagues planted churches in the area.

In 1996, David was called by Senior Pastor William Z. Garpu in Monrovia, Liberia, where he was licensed as a Senior Minister. In 1998, he was ordained as Pastor and assigned to one of the local branches in Monrovia where he served as Senior Pastor for two years.

When the Liberian Civil War began, Pastor. David fled to Ivory Coast. There he started working as an Associate Pastor for an Interdenominational group called Liberia Inter Church (LIC).

In 2000 he left and went to the Republic of Guinea. From 2000 to 2009 he worked with Rev. Jeffery David Addy as an Assistant Pastor in the River of Life World Outreach Ministry in Laine Refugee Camp.

David's wife, Bendu M. Gbalee, has worked together with him in ministry. For the past seven years she has been building up the children’s ministries. Bendu is also a prayer warrior and praiser.

Because of the calling of God upon their lives, David left Guinea and returned to Liberia in 2009 and Bendu and the children followed in 2012. They felt called to start a new ministry work in Kakata City, New Via Town Community, Margibi County. There they founded Conqueror’s Tabernacle Ministry.

David is the DJJ Regional Coordinator for Liberia, West Africa. His role is to provide leadership and oversight for promoting and training discipleship in order to expand the impact of Discipleship Journeys with Jesus in his region.

David and Bendu have been married since 2002 and have five children: two step-children and three adopted children. Their names are: Lawrence, Mulbah, Sankay, Nancy and Sampson.