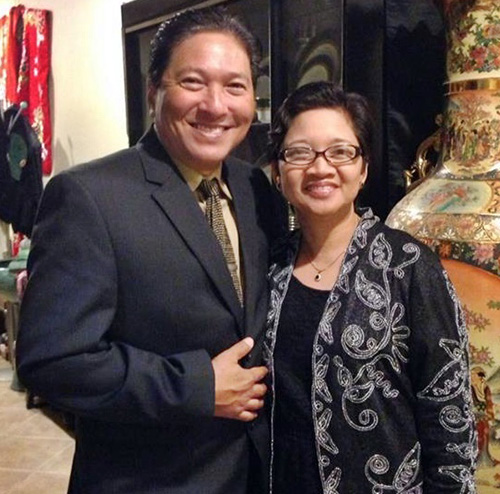 Gerlanda Reyes (“G”) was born and raised in the Philippines, where she earned a Bachelor of Arts in Mass Communications and a Bachelor of Laws degree. She worked as a civil and corporate lawyer and then as a Court Administrator before moving to the US in 1992 to join her husband Emil, who then served in the US Navy.

She currently works as the Director of Contracts for a biopharmaceutical company, where she started a daily prayer meeting and a prayer chat group with over 50 members.

In 2008, she received God’s calling to help those in need to celebrate the birthday of Jesus. The Christmas Hope Project (XHP) was created to provide groceries for ten families in the Philippines. Then a vision came that feeding should be physical and spiritual. In its 3rd year, XHP started sharing the gospel. In 2017, God prompted XHP to go global. In 2021, XHP gave away groceries and shared the gospel with over 2,500 families in fifteen countries (28 locations), where many received Christ as their Lord and Savior.

G’s husband, Emil, is the Discipleship Pastor at Coast City Church. He also serves as the Online Delivery Coordinator for DJJ. They live in Oceanside, California, with their son Max who serves on the church’s worship team, and their daughter Germille, who works as an Assistant Manager in a sushi restaurant.