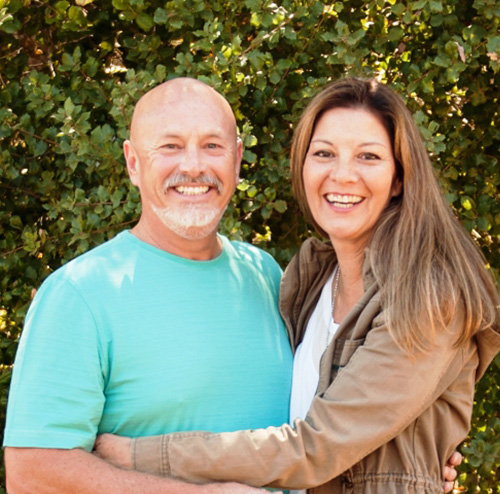 "Mark Williams is an amazing Bible teacher. He can take difficult concepts and make them understandable. He has a heart for the lost and he is passionate about making disciples! Mark uses his gifts to help people walk through current affairs as Christ would."

Carlos was born in Kowloon, Hong Kong and moved with his family to the United States when he was nine-years-old. In the first part of his career Carlos was a Database Analyst for 8 years in several major corporations, then managed a Systems and Programming Department for Lockheed Martin Corporation.

Carlos was recruited to become an Executive Pastor in 1995 when he transitioned into full-time ministry. Carlos has since served in various Pastoral positions in churches ranging in size from 400 to 5,000 people.

In December 2010, Pastor Carlos and his wife Lisa started a mission's organization, "Reaching the Hungry". "Our purpose is to mobilize churches to put their faith into action by providing opportunities to serve alongside missionaries reaching the physically and spiritually hungry throughout the world". Carlos provides the bridge between the local church and frontline missionaries in the poorest parts of the world. Creatively connecting partners and resources, he has orchestrated outreaches reaching hundreds of thousands of people using the Jesus Film, Talking Bibles, EvangelCubes, and special events. He has also facilitated the installation of over 60 water wells and started several thousand Talking Bibles Listening Groups.

Carlos & Lisa have been married since 1987 and have three daughters and one son: Grace, Alison, Olivia, and Chase. Grace is a midwife missionary, Alison is professor at Cal Baptist, Olivia (married to Nathan Giles) is working on her master's degrees at Talbot School of Theology at Biola, and Chase is in a special program at Fallbrook High School.